My Addressbook? Keep it. Telephone numbers are a disgrace to our generation.

There is all this talk going on about Path uploading address books and privacy here privacy there. I understand the fact that Startups push too far from time to time and Silicon Valley believes to have the right to shoot first ask later. But to be honest… there might be something wrong in my head… But I am by far more xkcd-like enraged about a more fundamental thing. Telephone numbers and address books suck as a system.

Telephone numbers are a disgrace to our generation. 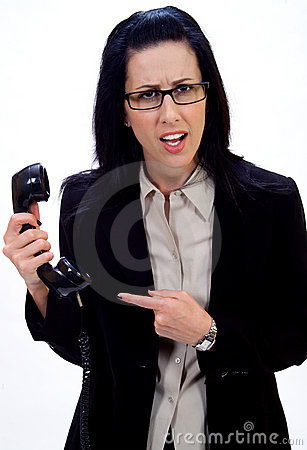 Addressbooks show what happens when technology providers start to make money too quickly and to easily. They get lazy and stop fixing underlying problems in their concepts.

If you think about it telephone numbers are IP addresses and Address books are your local /etc/hosts. You spend ages to type any potential IP address you might want to use into this textfile and whenever you get a new IP from your friends you go like “oh giggily i need to add this like right now”. It feels like the early days of dialup hackers all over again doesn’t it?

But you don’t stop there - you invent this whole infrastructure of software, cables and tools to synchronise this /etc/hosts file over all your devices. You have all this magic going on just to simplify this. Like seriously? What’s wrong with us that we even do that.

Telephone numbers are a disgrace. They are a system that never bothered to evolve.

Of course they tried to fix it. Damn they even killed trees for it.

I have friends that have three numbers in their signature. US, UK, local-european-country-no-one-knows. This whole system assumes I want to call their cellphones. Which is not true - I want to call them. The people behind that numbers, simcards and devices…

The first thing when my plane lands ? SIM cards juggle. You want to call me? It’s my UK number. No wait it’s my european numbers. A no wait you couldn’t know but I am in NY. Who cares you can contact me via twitter at anytime.

I am angry on a system view point of view. It pisses me off deeply when I look at it from an abstract view. I am a developer I want products give sense to things bigger than just the mere ok-its-working-use-case.

We need a change. We need a player to step in an introduce a new system. Telecom providers can be happy about it. They are infrastructure providers that confused themselves to be customer service providers. And they never really where that - yes i am looking at you British Telecom. They provide the cables and the technical infrastructure. You pay your internet cables, you pay to get IPs but pay different people to get your Domain name. Did you ever bother to update a DNS record of a site you wanted to visit to its new IP ? No? Why not? Because it would be brain dead wouldn’t it. Telecom providers get out of the way. Please.

Update/Edit: to clarify what i want:

Who can save my sanity?

Bring it on. So far I only saw fixes to the faults no redesigns of a to-me broken system. And I am serious. Send me the startups you know that fix my pain via twitter and I will add it to this blog article.

Ok now seriously for 10 seconds. This might be even possible because of the windows phones. But let’s be realistic for another 5 seconds. A big clumsy company got acquired by a bigger clumsy company. Done. Google introduced Google Voice. It’s simplifing the system Instead of 5 numbers per human entity I only need to store one. And jokes aside thats by far better. The problem? International people who want to call me will have to call a remote number and pay my overheads. But Google come on you can solve that.

Facebook can solve that problem. They got telecom providers to implement 0.facebook.com which is basically saying let’s screw your big data deals. They got facebook apps in every half smart phone. They can get the current number from the device and update the facebook phone number automatically for the user. People can already call their friends today by clicking on the phone icon in the friends list. Many hardware/software providers automatically sync the facebook friends phone numbers to the normal address book. What facebook needs to do (imho) is to split that telephone part of facebook like the messaging part and see if they can accelerate adoption by that. Get traction and take over the world.

There is a crazy silicon valley/silicon slovenia company that basically does Skype in a browser. They are a fellow seedcamp company. They are called vox.io.

When you start using it you realise how outdated Skype actually is. “You want me to… download a client?… and store my contacts… to call pinky2000?” But their current strategy is not to kill Skype. It’s to replace phone numbers with URLs by putting real phones on the other end. Tomaz the founder of Vox.io said in his good-as-if-it-was-paid wired article “Before youtube we used to send each others videos via email and people opened it in real time player or quicktime and nobody questioned it. Then youtube came.” If you apply the same logic to phonenumbers it makes complete sense.

Similar to facebook where people still have to have me in friendslist to access my phone number hidden behind the URL www.facebook.com/andreasklinger they provide a simple url where you can call people with one click. The real fun with flags starts when you think about alternative use cases like “One-Click-link-to-join-phone-conference-emails” or “Ok-bro-pitch-me-but-only-once-i-am-dave-mcclure-throw-away” URLs.

Can they do it? Who the hell knows. It’s a global problem of decades of epicness. They might have the potential but not the power. I bet that Google or Facebook looks close to acquire them.

Btw: Facebook you did a coop with skype? Seriously? I tried it.

I WAS DOWNLOADING A JAR FILE, IN 2012, BECAUSE OF YOU. I HATE YOU FOR THAT. And even as I managed to get it working, my other end of the line didn’t.

I get this really aggressive passion when I see stuff that makes no sense to me. I hope someone in the world understands me for going mental on this. If yes please let me know. I feel crazy.

Send me suggestions. This is fixable and I am pretty sure a lot of people already fixed it but I am too blind with rage to see. Please post your suggestions to the HackerNews comments or send them via twitter.

PS: I am sorry for my rage. I am pre-coffee.

Until then. Go play and get mental. – Andreas