AngelList is the NASDAQ of our generation.

It’s fair to say that Angellist is the most exciting (web/mobile) tech startup in 2013.

Even before they launched syndicates, earlier this year, they were already heavily integrated into our startup ecosystem. They were (and are) mapping all relationships in an ecosystem that heavily relies on leveraging its social networks. Relationships like investor introductions, teams, jobs and even applications to accelerators. Needless to say this is already very big.

But since the launch of investments and syndicates there is no more stopping them. Right now it is hard for me to even imagine the potential ceiling that Angellist could face in the next years.

We are living in exciting times.

Investments changed in the last years. From long and slow processes to pitch event focused accelerators to single page applications like Kima15 of Kima Venture.

In the next years early stage investments will be closer to APIs requests or figuratively speaking going to an ATM than it is to our current investment processes, which very often still look like later stage VC/risk investments.

The future of early stage investments:

Application through Angellist, automatic due diligence through APIs, background check through social connections, in face meeting via hangout - boom money, here we go.

And Angellist is in the heart of all of this.

Angellist is the NASDAQ of our generation.

“The private market is at the stage the public market has been in the 80/90s” – Paul Singh.

There are a few logical implications what might happen next. Here are my three predications.

Sooner or later, given the legal complications – AL might transform into a real stock exchange. Why just buy your equity of startups. Why not sell it as well? 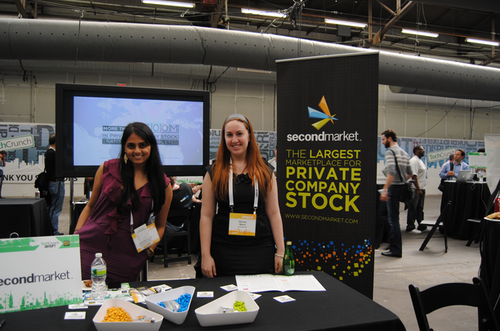 We have currently two interesting problems in startup investments:

Companies are pushed to exits (IPO, acquisition) to provide liquidity for the stock holders. And those exits often cripple the product ambition of a startup.

Not all of the startups of our generation will be optimal candidates for IPOs and exits. Leading to the need of alternate returns (evergreens eg). For some investors this fit. Some might want to leave a bit earlier.

Obviously (speaking as a laymen) this needs a few changes how we address stock of private companies or other special legal regulations.

But if there is a company that has the best position to make this happen it’s Angellist. Angellist is the NASDAQ of our generation.

When will this come:

Given the legal complications and the fact that AL is still just a very small team i wouldn’t be surprised if this will need a bit more of time or might come through a partner in the beginning. But me for me personally this is where i see AL’s main role in a few years.

There is a huge wave of late-to-the-game/me-too investors/wanna-be-angels coming to the market right now. These people need education and access to knowledge/experience, because – frankly speaking – there will be certain changes in investor types.

The “hollywoodization of startup investments” (coined by Paul Singh) creates an environment where the public persona or the social following of the investment leaders will be a more important factor than their investment experience. To normalize this, we need to education and onboarding of me-too angels. Accelerators for angels, Lean Startup Books replaced by Lean Investment books.

Currently I imagine a front-page explaining how startup investments work in reality and which syndicates or investors they should back for what reasons.

When will this come:

I don’t believe AL will or even should build this. This would be sub optimal. They should offer affiliate/provisions to people referring investors and spawn an ecosystem of tools of this kind.

If you are working on a startup in this space - let me know - I am happy to add you here.

If Angellist is the NASDAQ of our generation. Who is the Bloomberg? A lot of companies try to answer this question.

Most of them aggregate public data and try to generate information/indications out of it.

There a lot of companies in this space and also a lot of VCs build their own in-house tools.

But most noteable here are Mattermark and Indicate (Indicate was previously known as dashboard.io).

One might argument that Compass.co (by the guys of Startup Genome Project) belongs into this list. I personally would disagree with that assumption (Disclaimer: I am working with the team).__The focus of Compass is to provide benchmarks and insights to the startup teams themselves and to provide aggregated (anonymous) information to the ecosystem. Which itself might be an even bigger opportunity (but this is another blogpost).

Mattermark, Indicate and co pluck into Public APIs like:

But let’s be honest… The data they currently access is very limited. And even more important - what kind of information can you really infer out this data?

But it’s not about exact information. It’s about getting as many signals as you can. In a path of darkness even a small light in your hand is better than nothing. 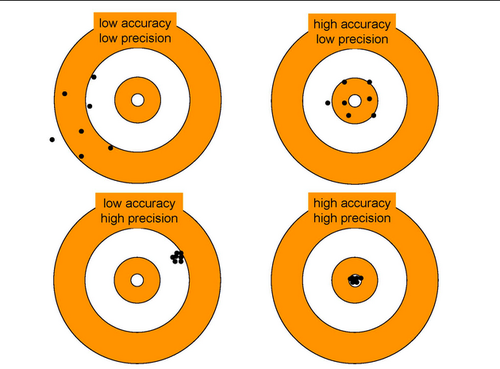 And truth be told, while most of us people who work with analytics worry about accuracy or precision. In the case of monitoring private companies we are still in the situation of “any data is better than none”.

If this doesn’t convince you - here are a few reasons why i believe there is a big space for opportunities:

Reasons why these tools are useful: Analogy to public markets: 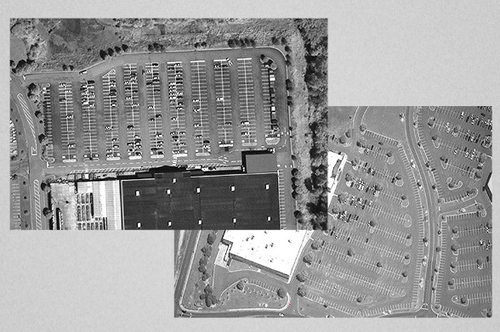 The images above is a service created by UBS - they monitor (eg.) Walmart’s parking lots and by that estimate Walmart’s customer traffic (and thus revenue).

This is not exact information. But hypothetically speaking if you would be interested in investing in a retailer - it would be good to know rough ranges of visits they have. Paul Singh has an excellent presentation on this you need to read

Reasons why these tools are useful: Social Signals:

Also there is more information in public data than one would expect. Eg the social signals in the interaction with startups is a good proxy for buzz. As an angel investor would you be interested if Jeff Clavier all of a sudden started tweeting about a startup that fits your target list? Well i would be very interested. Plus there is opportunity in comparing the patterns of buzz of early stage companies with historic data of successful ones.

Reasons why these tools are useful: Alerts:

For me personally the imho most interesting service is automatic alerts about new startups. “A new wearable tech company appeared in CEE. Their angellist account is two hours old. Their CEO used to run a bigger division at Nike and their Lead engineer has a strong arduino open source following on Github. One of their early followers on twitter is Tim Ferris.” If you are into wearable tech you might want to take a look.

If you are interested in this be sure to subscribe to Nick O'Neill’s awesome Startup Stats newsletter. He features the best kickstarter/indiegogo projects.

And there is a lot of more potential in this space.

Should you completely base your investment decisions on this kind of tools? Oh god no.

But it’s a good way to compete with VCs who have an army of radar boys employed.

When will this happen:

The main difference is that Indicate offers their insights/data for free and only monetizes on add-on features. This is a leap-jump, given the fact that any company that monetizes on access of information sooner or later gets disrupted by the Internet. On the other hand Danielle is top of her game and thinks far ahead.

The big obvious scary elephant that no-one talks about - is of course the fact that sooner or later Angellist might extend their Traction feature.

Asked at the Startup Stats Summit this fall Naval said clearly that he sees all tools as partners in this ecosystem. Well… We will see.

4) And many more predictions for Angellist…

I could name many more predictions for Angellist - like regional offices worldwide for Angellist, API Integrations for due diligence and verification, various of additional ecosystem players around etc etc - but I think you get my point. Angellist as a platform is the epicentre of an exciting market.

We are just at the beginning of this journey: Public fundraising, transparent startup markets, market analytics.

We are in phase one of the most important platforms of our generation of startups.

As with all predictions please take them with a grain of salt.

Example: After the launch of FB platform I predicted with 100% confidence that FB would introduce a currency and maybe mobile payments through their facebook mobile clients. And that skype will die. Several years later FB still sell ads and just to annoy me, they even partnered up.

Personal lesson learned: my prediction tend to be a bit too far fetched.

So don’t wait for my “Early stage investment like an ATM” prediction to happen any time soon. ;)

That being said i would love to know your predictions. And I am sure you got good ones. Where do you see the meta-market of startup investments going to? Where do you see Angellists biggest opportunities? What could kill them (apart of the government)?

Would love to hear your thoughts - hit me up on twitter: @andreasklinger

Until then, continue being awesome and thanks for reading

ps: This is written for a friend.